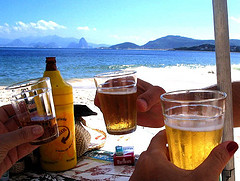 There's a great post by Dare Obasanjo that points out theat Early Adopters are not the Mass Market. He says (and I agree) that listening to the early adopters is not going to help you in mass market who generally have completely different problems.

Recently I've been devoting time to thinking about what to do when I leave Blue Fountain and head back to Canada - sometime around Christmas. There's lots to think about and the first thing to do was set some boundaries so that I can ignore tempting options that don't fit into those boundaries. One other way of categorising things is dividing into solutions for early adopters and solutions for the mass market.

All I hear all day is stuff about Twitter, Twitter and a bit more Twitter. That's certainly something that's interesting (I'm clearwind btw), but I haven't figured exactly what for yet. At the other end of the spectrum I work with companies who solve everything by emailing around an Excel spreadsheet. These companies run millions and and millions of pounds through these systems, not a care about the bleeding edge.

When I look at this I think that these companies that send everything around via email, work with Excel and so on I see someone who is not an early adopter. I think about improving things and maybe solving say workflow or versioning problems and I think golly: that doesn't sound too interesting. Solving spam problems or trying to solve email attachments? Aargh. That is not where I want to be.

I might not be able to reach the mass market, but I'd rather have fun in the land of early adopters.