This week ICBC tweeted this:

This tweet is problematic for so many reasons and continues ICBC unhelpful approach, victim blaming cyclist.

Also this week the District of North Vancouver tweeted out that they are adding a bike valet to Deep Cove:

Construction is underway in #DeepCove, so this weekend, take advantage of the free bike valet in Panorama Park and leave your car at home. The bike valet operates from 10am- 5pm on Saturdays, Sundays, and statutory holidays. https://t.co/bihHZG0rlw pic.twitter.com/zNylpVbcWh

But what they won’t do, is make cycling to Deep Cove any safer. This continues a clear lack of co-ordination and planning with a patchwork of cycling improvements.

Let’s assume you coming to Deep Cove from somewhere around Ironworkers Memorial Bridge. The source for “designated cycling routes” is TransLink.

There are two routes: Mount Seymour Parkway and Dollarton Highway: 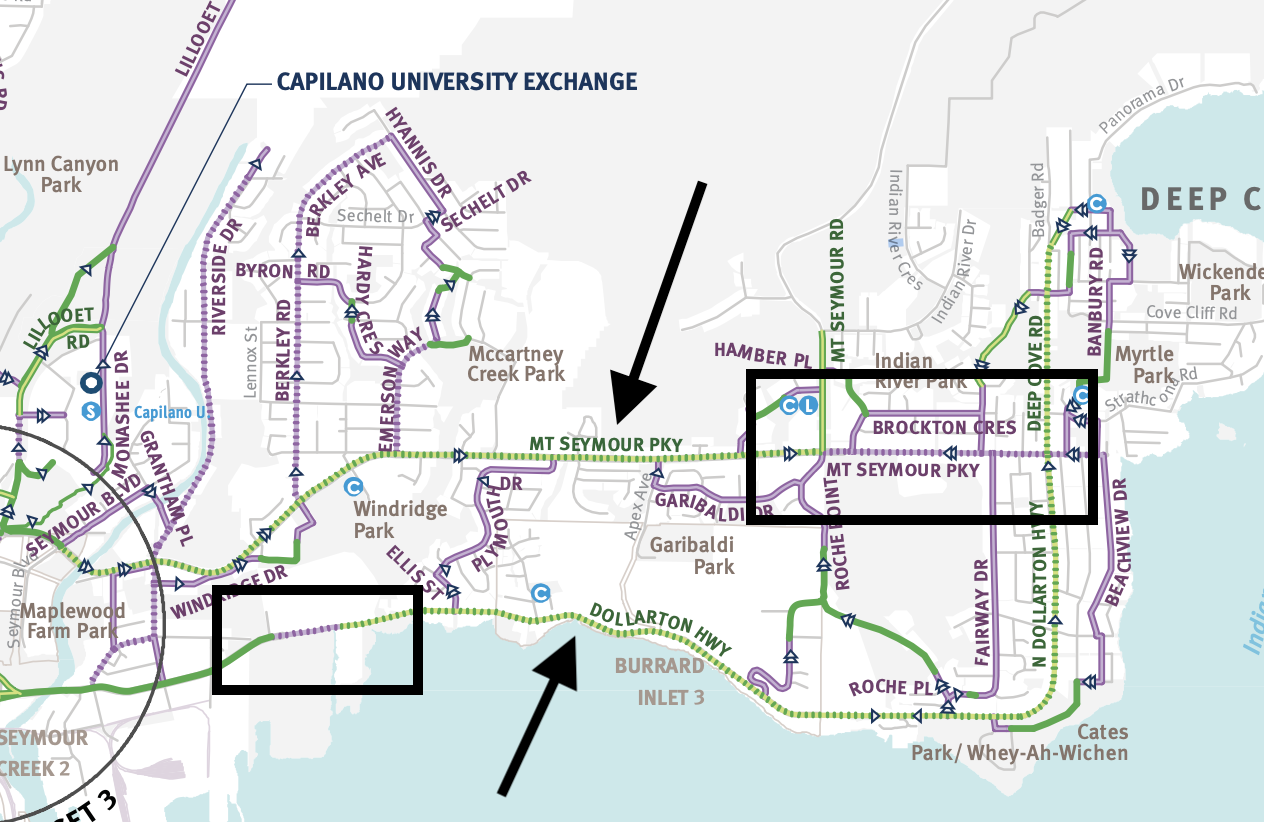 Mount Seymour Parkway has two lanes of traffic each way travelling at 60km. There are areas with parked cars (dooring zone) and painted to seperate you from traffic. Until you get to Mt Seymour Road and then it ends, there is no more “designated cycling routes”. Most cyclists given the choice avoid this road because it’s dangerous and scary to be that close to vehicles moving that fast. It also has big hills at the start and end.

Dollarton Highway varies between two lanes and one lane of traffic travelling at 50km or 40km. There is one section of the highway that is not even designated as a cycling route. As a “designated cycling route” there is no continuous paint line, instead there are drawings of bicycles on the road and many “share the road” signs. Most cyclists chose this because it’s less hilly and scary than Mount Seymour Parkway. There are large parts of this route with parked cars (dooring zone).

Remember there is no safe designated passing distance in the Motor Vehicle Act, so it’s up to car drivers to decide their passing distance. If you ride a bike a lot, you’ll know what this means.

Further, both those routes are designated as Comfortable for Few by Translink, because there is no seperation from the traffic. Check out this graphic for that means according to TransLinks own website: 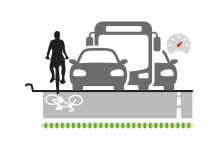 Encouraging people to cycle to Deep Cove by providing a bike valet is a commendable achievement. But without safe cycling infrastructure to get you to the bike valet, it’s only going to result injury, accidents and worse. Translink website shows that’s it not possible to get all the way there on a designated bike route and if you do, it’s only “comfortable for few”. So what are we meant to do ICBC and the District of North Van?