In September I did my second Gran Frondo, the first was in 2015.

This time I had an idea of what I was going to face, had a training plan in my head and even a cunning plan for the Fondo. 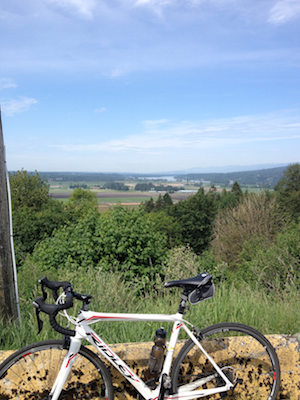 Going into the Fondo though I was actually slightly worried. After the Fondo last year, once I’d stopped cycling I gained weight again. Approaching the Fondo I was weighing more than last year and all my training rides were slower.

So going in, I was hoping for a similar time, but accepting that I might be slower. I’d changed my strategy a little for the Fondo. Heading up to Squamish specifically I was interested in:

It didn’t quite work out that well.

We were worried a little on starting because rain was threatening and I’d gone pretty light, with no coat, it could have been cold. As it turned out the rain never came.

As ever the highlight of the race is going up to Squamish, cycling over Lions Gate while it is closed is awesome. However there still some parts of the race where it gets pretty cramped as they try and fit a bike lane and two car lanes. Approaching those parts at speed can get pretty scary.

The result? I ended up in Squamish faster than last year, at 2h 41m. Dammit.

The next part was still as hard for me, the continual climb out of Squamish up towards Whistler. Sure enough going past the last rest stop as the sun blazed down the energy went out of me. I started to get stomach cramps and my back hurt.

At that point I got passed by so many people. Including one person with one leg, which for a moment annoyed me and then I realised how absolutely awesome that person was.

I ended up in Whistler 1 minute faster than last year at 5h 1m. I was lower in almost every position. Bummer. Maybe a different strategy next year.

But at the same time I knew that coming into the race. It was just that once I’d started the race, I had got it into my head that I could do better. A bit of self-delusion never hurts.

After doing the Gran Fondo this year I did the MEC Century Ride, which is 100km across North Vancouver. I found that race frustrating, with an odd course and also realised my peak was probably the Fondo. I’d trained for one thing and didn’t do well. I was really frustrated with my time on that one.

Next big ride? Mozilla is having a meeting in Hawaii, so before then I’m going to cycle around the Big Island. That’s 460km+ and a couple of volancoes. Let’s see how that goes.

And after that… I signed up for the Fondo next year. I’m going to get below 5hrs next year.