Firefox Accounts coming to the Marketplace

This month we’ll be turning on Firefox Accounts integration on the Marketplace and turning off support for Persona.

All Firefox Marketplace users have to do is use the same email address to create an account on Firefox Accounts. On the backend, we’ll match up the account by email and everything will be the same.

If you are on Android, Desktop or Firefox OS 1.1 - 1.4 device you’ll see the web based flow, which looks something like below: 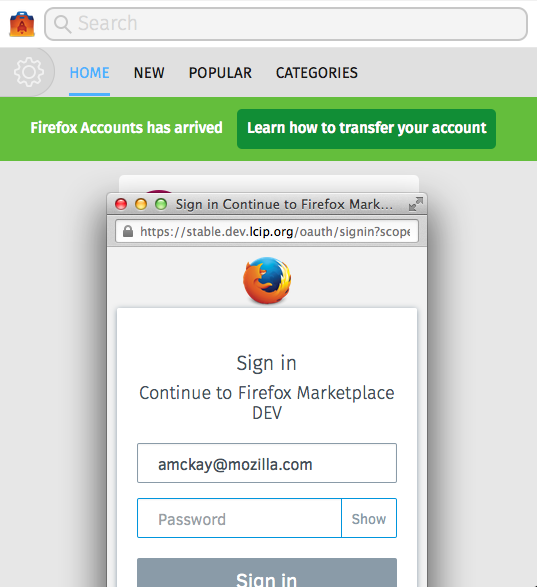 If you are on Firefox OS 2.1 or greater (coming at the end of the year), you’ll see the “native” phone flow.

The Firefox Accounts work has probably been one of the most challenging projects I’ve managed in my short time managing projects Mozilla for a few reasons:

You take all this together and the two things I’ve learned these last weeks: