My needs for must have Extensions are actually pretty small:

Those last two just became possible. For tabs on the side I wrote sidebar tabs once the sidebar API landed. I’ll write a more detailed blog post on that extension, it’s in flux, I’m playing around with it and mostly using it for dogfood at the moment. 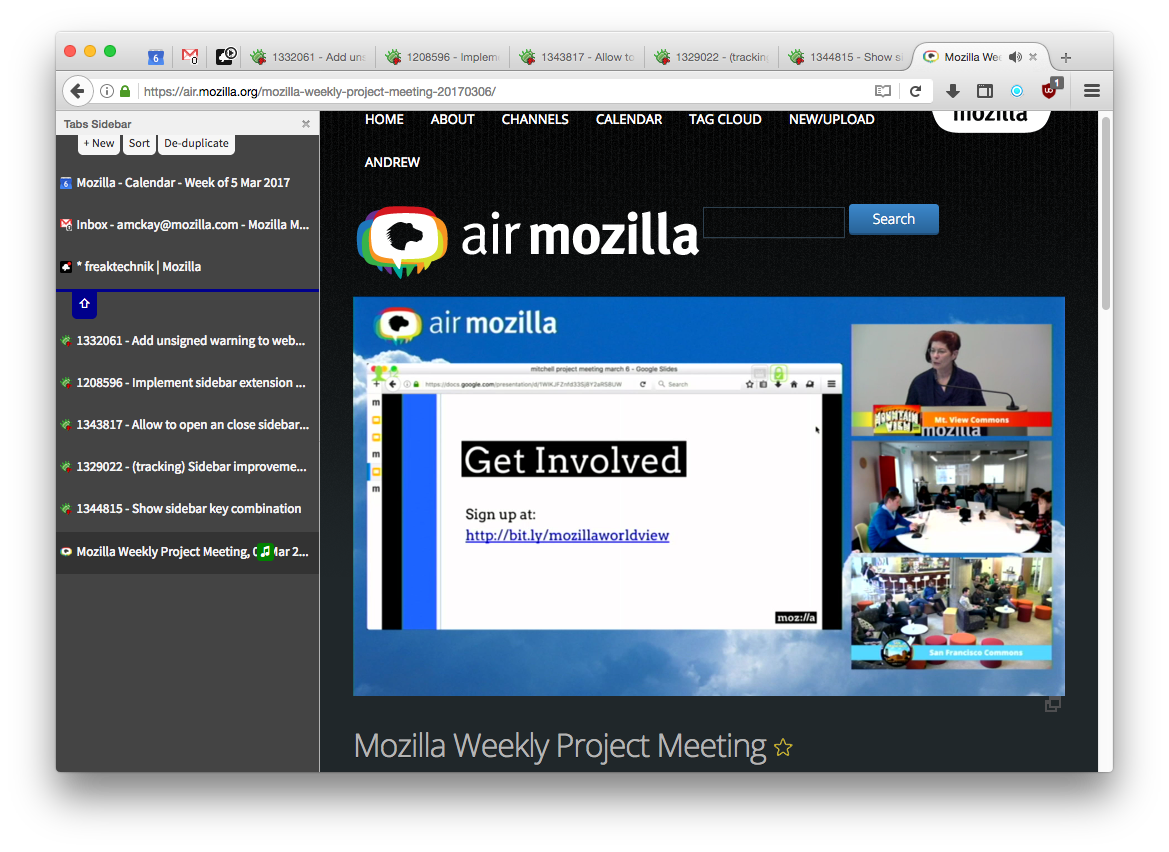 The more observant of you will notice that it still has tabs across the top. Currently we can’t hide those.

I’ve used uBlock Origin for a while and with the landing of the privacy API and webNavigation.onCreatedTarget, we can now run uBlock Origin. Actually its been working for a while, but these are the last big bugs on it. The uBlock developers having been putting out WebExtensions builds for a while now and you can get them on github.

These last two add-ons aren’t signed, so I’m running them in Nightly where I’ve turned signing off in Firefox.

This means I’ve now got multi process Firefox running and will benefit once extensions also start using their own process. Having this setup is a couple of releases out for some people, but enables me to dogfood WebExtensions and provide some feedback.